December, that month of that Christmas enthusiasm that you wish would never end. But the winter low rolls on forever, and sun lit days appear in fleeting moments. In 2109, the Scottish Mission Youth had a plan to beat all that. They were heading to a new country, Austria, to try and learn a new hobby: skiing and snowboarding; and they were really pumped. Austria is one of the most beautiful countries in Europe, and has some of the best ski resorts ideal for all levels, including beginners. 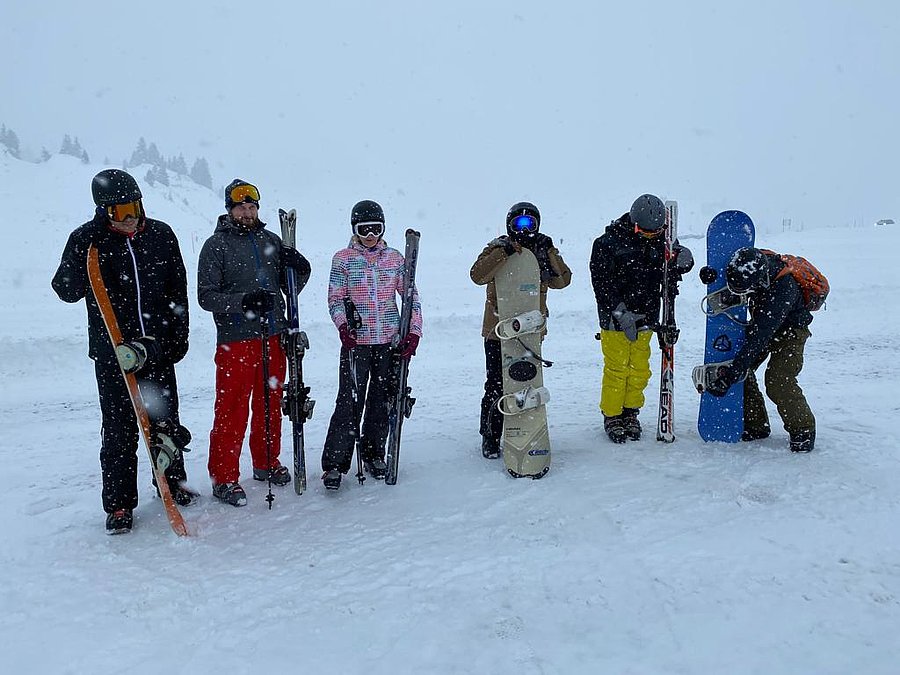 To describe the winter camp in only a few words would not give a true reflection of the fantastic experience that they had. To many, the trip to Austria was a rollercoaster of emotions, feelings and weather. Before they had even arrived in Schwarzenberg, it was clear to see the excitement among the group. Although the journey getting to Schwarzenberg from Munich Airport was quite tiring, there were some who could not hold the excitement of finally being in their winter gear and sledding down the slopes. For the vast majority it would be the first time they would ever ski or snowboard. 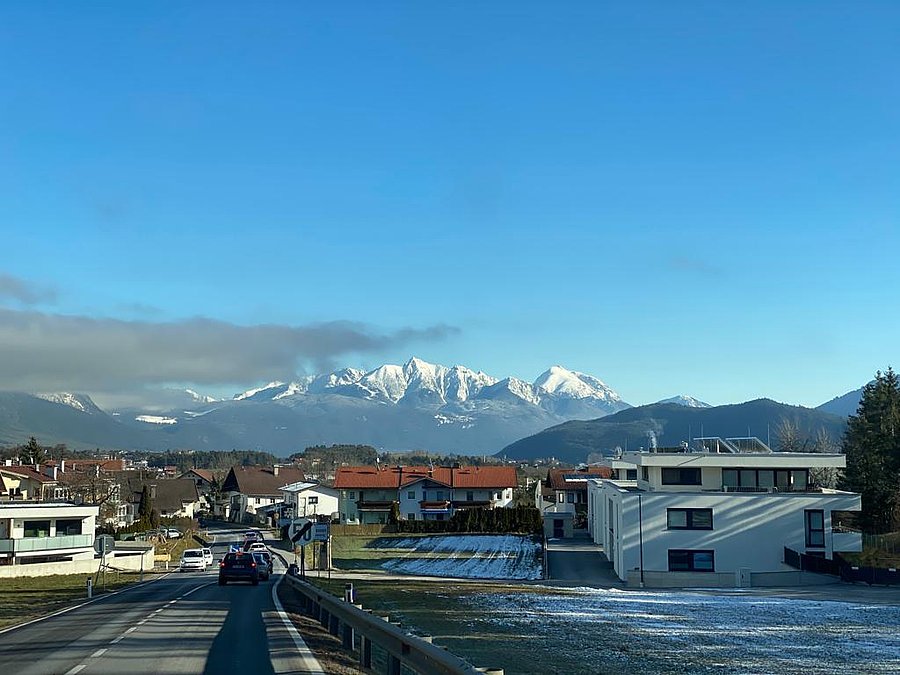 Upon arriving in Schwarzenberg, the group was warmly welcomed by the German Youth, who had also prepared some dinner for them. Despite being from different countries it was very easy to communicate with the Austrian youth, as their English was very good. For some of the Scottish Mission group, this inspired them to start learning a new language once they got home. It was fantastic fun, making friends from another country,  getting to learn a bit of German on the side, and telling them of the beauty of Scottish Highlands, and trying to convince them to pay Scotland a visit. 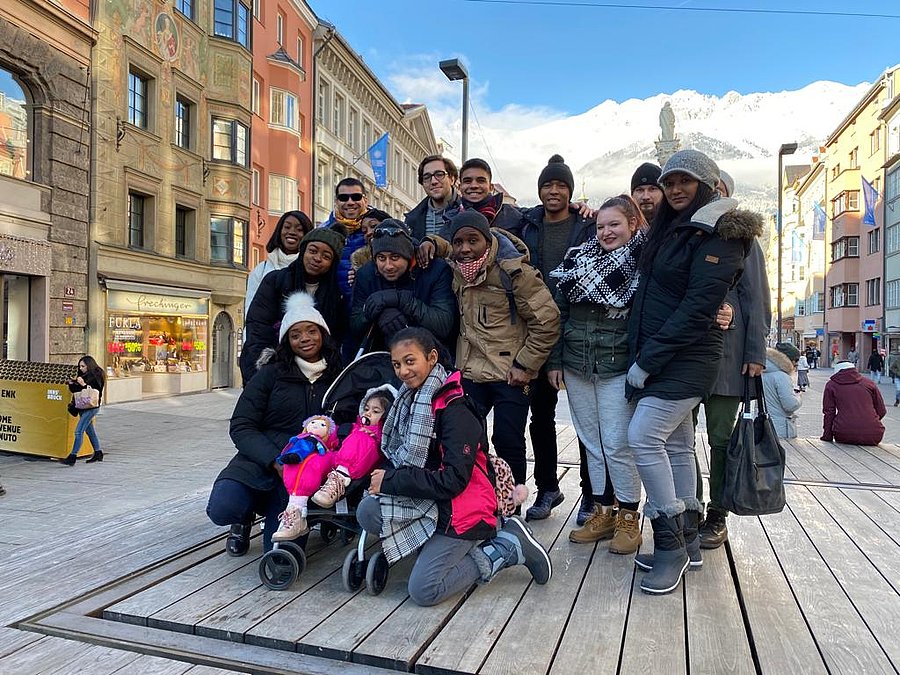 But what about the slopes?This is why the group went to Austria, right? Being first-timers, the whole group felt the nerves, and on the first day they had a minor injury. Having said that, everyone picked up the sport quickly, so that they even had a couple of individuals move from the beginner blue to the advanced black slopes. The experience over the course of two and a half days on the slopes was so surreal, that some individuals planned on purchasing their very own ski and snowboards to use for future trips. However, even the slopes at Innsbruck, the “bridge over the River Inn”, were tried and conquered. 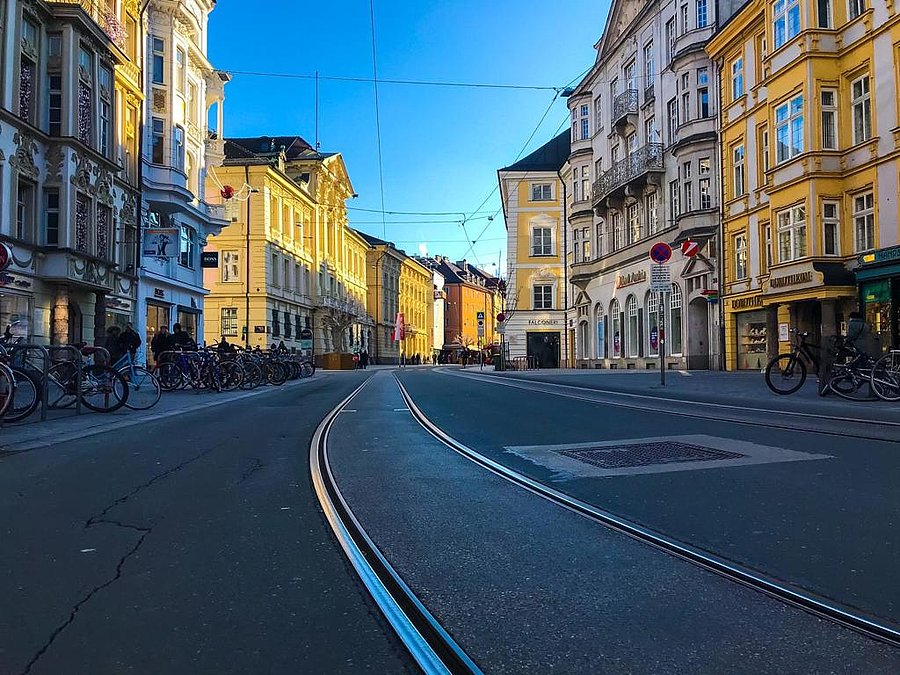 Innsbruck is one of the most beautiful cities to ever visit. Walking through the city can be likened to one of Mozart’s symphonies, it is spectacular. One can be forgiven for being left breathless by the views – the colourful houses along the river with the mountains, as a jaw dropping natural backdrop. This is an almost unbeatable view. Many have traveled to various parts of the world, but there are not many places that leaves you as speechless as Innsbruck. To top it all off, the group had dinner at a restaurant high up in the hills of the city. There could have been no better end to an amazing experience.

A gallery of the event can be seen here.