While there were those who were focused on the babe born in a manger many centuries ago, Aberdeen church was engaged in welcoming six new members to the church through baptism. The service was witnessed by some family members and close friends of the candidates.  All had gathered in the newly revamped church building in accordance with the guidelines for places of worship relating to the current world pandemic. One measure included the chlorination of the water in the baptismal pool.

Hearing that the impending lockdown restrictions were to take effect immediately after Christmas, the time of the baptism was changed from Saturday evening to the morning of Christmas day. It was the first ‘open’ meeting held at the Aberdeen Church since the initial lockdown occurred earlier in 2020.  The service was not as they used to be, nevertheless, the congregation had gathered to witness this unforgettable step each candidate had decided to take in proclaiming Jesus as their Individual Lord and Saviour. 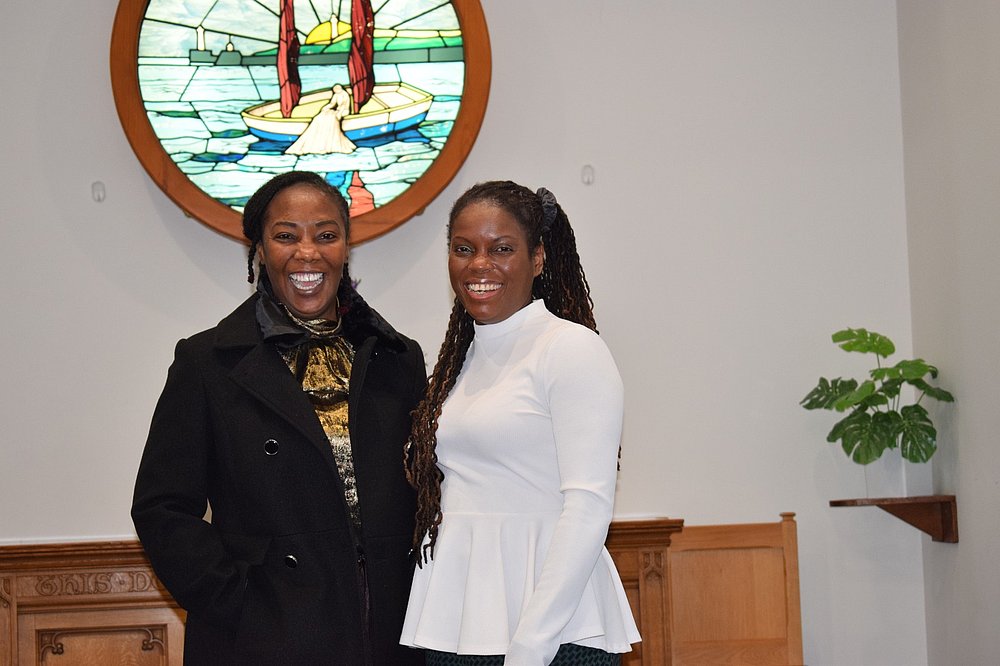 During the service we listened to the favourite songs of each candidate including a live rendition of ‘He is Here’ by member, Koye for candidate Nancy. The homily was provided by Pastor Patrick Johnson via a video link. He spoke on how to be and to make disciples as Jesus had instructed of us and included personal messages for each of the candidates.

The candidates consisted of three women and three boys. Each has a personal testimony which was shared with those gathered. Of the women baptised, Nancy was born in Tanzania and raised as a Catholic. She first attended Aberdeen church in 2013 with no intention of becoming an Adventist.  However, once she attended and listened to the Sabbath School lessons, she realised she needed to know more of God’s word and started bible studies. 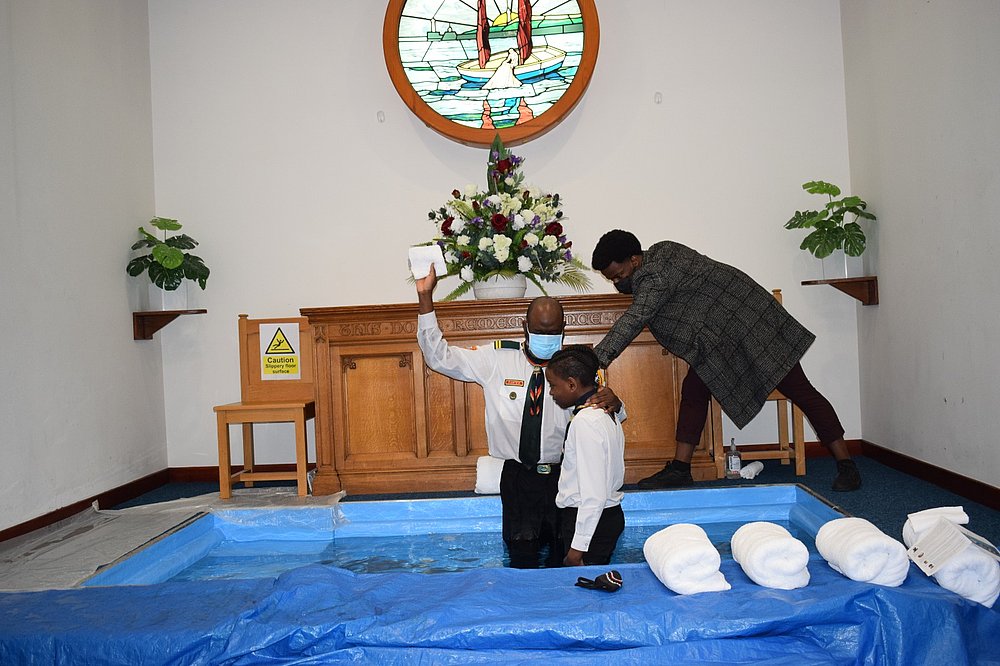 Already baptised as a Pentecostal twenty years earlier, Shawndel was perplexed as to why she had not received the Holy Spirit’s visitation based on her understanding. Though living as she thought, Shawndel realised she was not keeping God’s commandments.  Whilst on a break, Shawndel reunited with her friend, Genny of the Aberdeen church, and as a result she was introduced to Adventism and decided to rededicate her life to Christ.  Shirley, who is from the town of Peterhead that is north-east of Aberdeen, came to the church seeking more knowledge following a dream. Her journey to Christ has been fraught, yet despite all, Shirley decided to surrender to God and to accept his will for her life.

First of the three boys, Nyabane (12), affectionately known as Nyane is the son of our Pastor, Njabulo Ndlovu.  They all decided to make a commitment to join the family of God. Nyane’s journey started two years earlier when he decided to make Jesus his personal Saviour. The other boys, brothers from a ministerial family of our sister church in Bucksburn, were Simon (10) and Tobias (12). Simon had wanted to be a baptised since aged nine, to make Jesus his friend. His brother, Tobias decided to follow Jesus no matter what and would like to encourage others to follow Jesus too.

Pastor Ndlovu attended each candidate in the baptistry. Under the guidance for baptisms during these restricted times, the candidates were to self-immerse with minimal contact and this was achieved with the help of each candidate kneeling once in the baptistry and Pastor Ndlovu completing the act of immersion. The right hand of fellowship was then extended to each member by their respective church representatives.

We praise God for making this service possible amid these times of uncertainty and for keeping the commitment shown by these precious souls despite the lack of our regular services. We trust these new members to the tender care of our Father. May he hold them in his loving arms and keep them until that sure and blessed day of our Saviour’s return.