Interestingly, however, during the COVID-19 pandemic the Mission territories have been less hard-hit financially, and at the January SM Executive Committee the landmark decision was made to institute a tithe support plan and to send a donation of £10,000 back to the BUC. Although small in size, the Executive Committee wished the Scottish Mission to be part of supporting and sustaining the life and ministry of the entire BUC territory.

The Gospel outreach continues to go forward north of the border, and in 2022 the Scottish Mission will celebrate 120 years since it was first formed back in 1902. Obviously, no one who was alive then is so today, but we are very aware that we stand on the shoulders of the faithful pioneers who came before. We walk in their footsteps as we proclaim the everlasting Gospel and the three angels’ messages to a twenty-first-century audience. 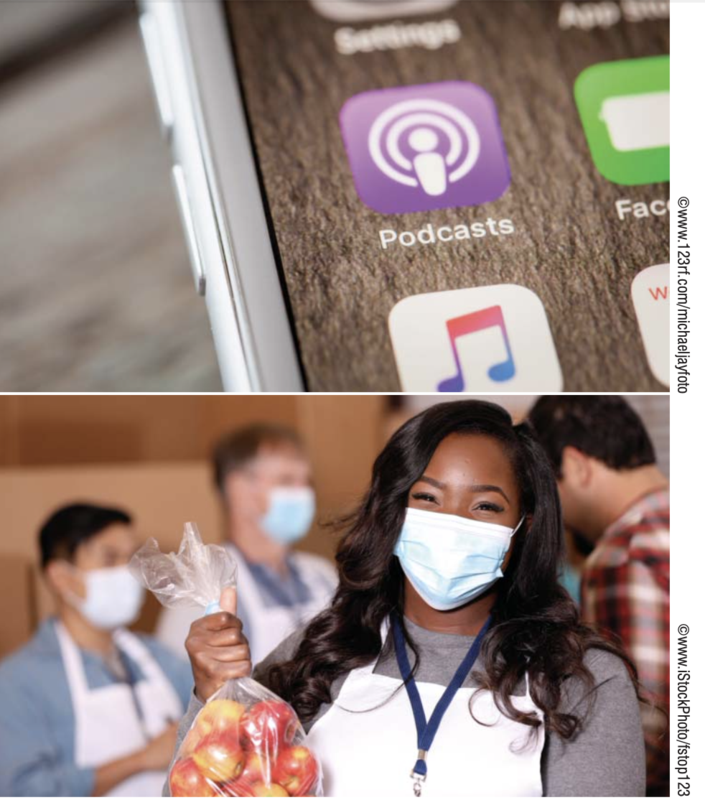 Times have changed, and we are no longer selling Present Truth from door to door at 1d a copy, but today the same message goes forward using new and innovative ways with the current technology. Two present examples of this are a youth project called 'The Word on the Street', using podcast messages aimed at today’s generation of young people, and a newly launched online evangelistic campaign entitled 'The Basic Questions of Life'.

This programme has been run by the Edinburgh Forth Valley District and is aimed at secular people in society who, through the current instability, may have big questions on their minds about the important questions of hope, love and where we are going in life. Extensive online advertising has been taken out for the twelve-week series.

In the Scottish Mission we have a small but extremely dedicated team of seven pastors and an office secretary. These are joined by departmental sponsors to form our team leadership group. Each has been involved in nurturing the membership through online programmes in health, children’s ministry, keeping the church family safe (KCFS), church clerk and treasury training, and Pathfinder and youth programmes. We are very much alive as a church without walls.

This includes helping those in need, and three groups have become part of the ADRA community service hubs: Edinburgh Cook-Inn, the Glasgow food bank, and the Crieff Hearts and Hands initiative. The first two gained extra funding through a Barclays grant for food security in this very difficult time.

Through our sixteen churches, companies and groups – spread from Inverness in the gateway to the Highlands, to Irvine in the southern lowlands, and all major cities in-between – the church in Scotland, with its vibrant, diverse and growing membership, continues to be an active and important constituent part of the British Union.

Lockdown Easter with a Difference