Several areas in Scotland are cleaner and prettier this week after a co-ordinated litter picking campaign by churches in the Scottish Mission on the weekend of 18 and 19 June. Adults and children from Paisley, Glasgow, Aberdeen, and Dundee could be seen on road verges, residential areas and parks lifting discarded crisp packets, cans, bottles, and other unsightly items that were definitely not where they were intended to be. In Aberdeen the children were bemused to find a very pretty, but lonely shoe. Nothing was quite as rewarding as when one of the participants in Paisley lifted, what looked like a piece of plastic, but discovered that it was a £20 note! The day was rewarding in more ways than one! 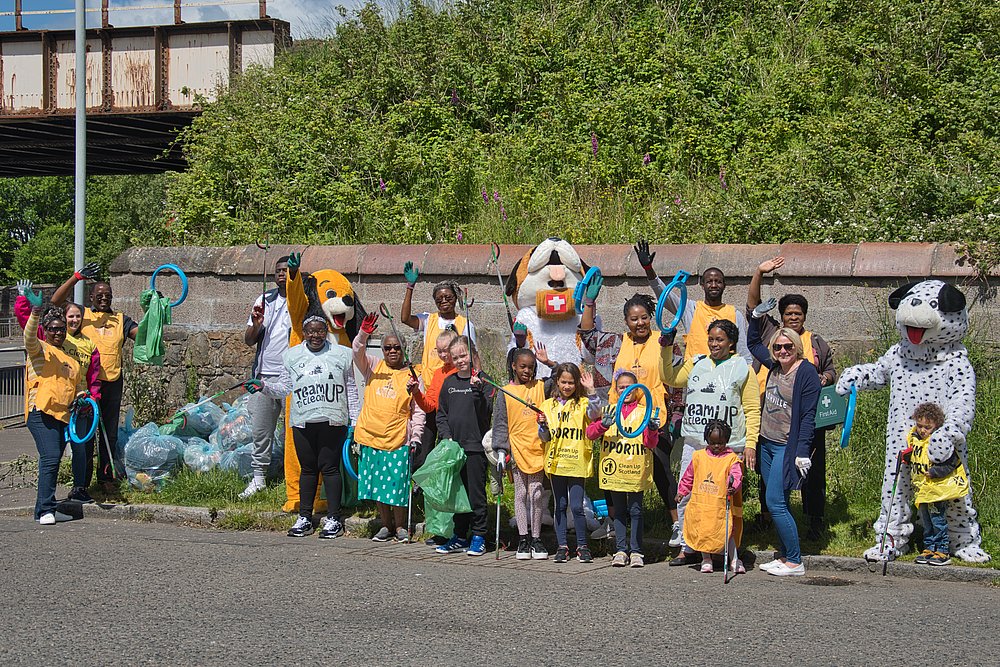 The litter picking event is an initiative of the ASAP venture, in which the Scottish Mission have partnered with ADRA-UK and other ADRA partners elsewhere in the world. Running since November 2021, the Africa Scotland Action Project (ASAP) twins five countries in southern Africa; Lesotho, Eswatini, Namibia, Mozambique, and Zambia; with the Seventh-day Adventist churches in Scotland. A major emphasis of this project is to encourage communities in both parts of the world to engage in environmental stewardship activities that are kind to nature and to the long-term health and wellbeing of people living in these areas. 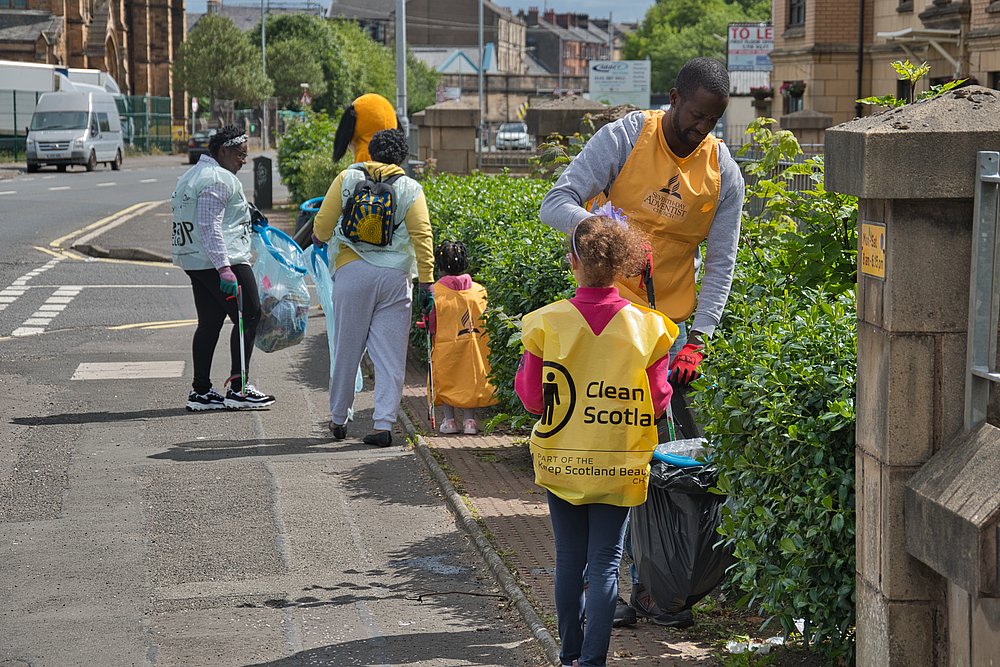 Pastor Jim Botha, Scottish Mission President, explains that the rationale for this programme comes directly from the Sabbath commandment in scripture, “which emphasises the fact that Sabbath is a memorial for creation. Our efforts to invest in the environment around us is in fact an extension of the Great Commission of Matthew 28:19-20 in which believers are invited to bring the good news of God’s kingdom into all aspects of life around the world. Investing in a healthy clean environment is one small intervention that we can make. Reducing our carbon footprint is another.” Pastor Botha says, “It is so good to see so many of our members do this.” 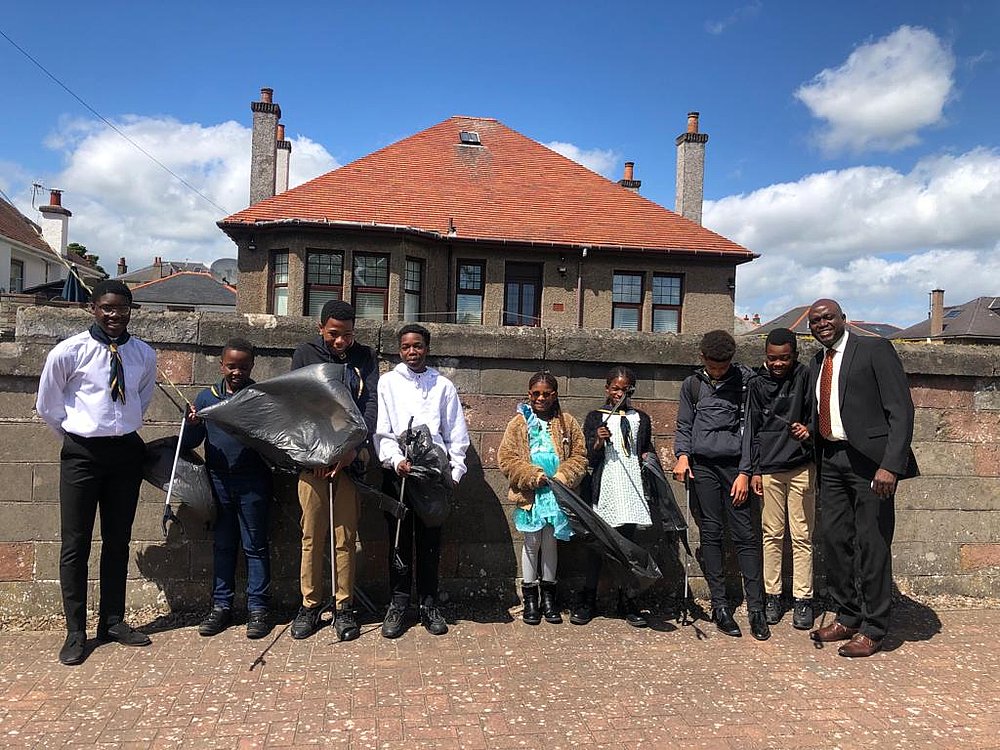 The litter picking events happened in partnership with city councils where the churches were located. Renfrewshire, Glasgow, Dundee, and Aberdeen city councils provided support, equipment, and guidance. They also collected the various accumulations of bin bags. Emphasising the fact that it pays to go litter picking, Pastor Botha says, “One of the payoffs of these events is that churches can create and enjoy good relationships with civic entities in our communities. This helps us to develop longer term ministries that make a cumulative impact in the places where we serve.” 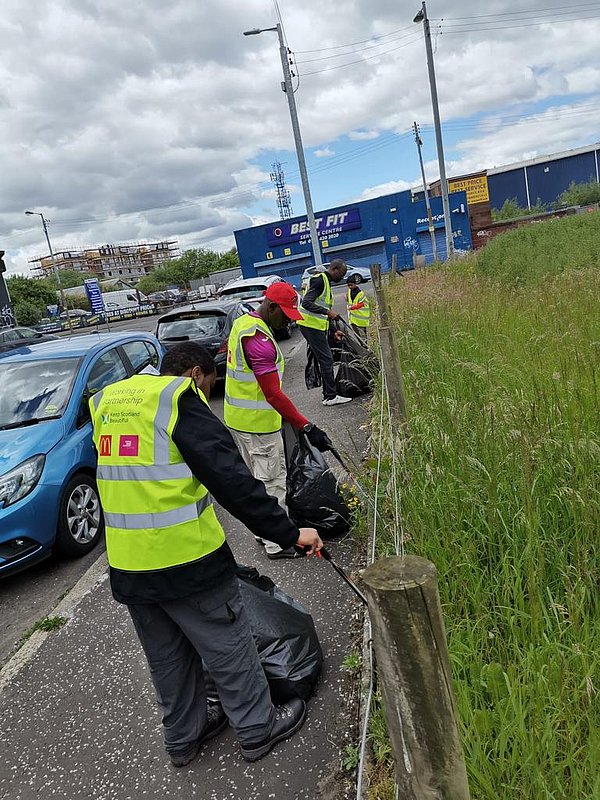 Responses from those who helped with the litter picking were encouraging. Pastor Claudiu Popescu reports that 27 members and 4 adventurers turned up and left the Turriff street in Glasgow, the biggest city of Glasgow in a squeaky-clean condition. Pastor Claudiu says “We dream of a day when one could clean up and return a week later and it will still be as shiny as it was left the last time, but we will continue to look for opportunities to improve our environment. 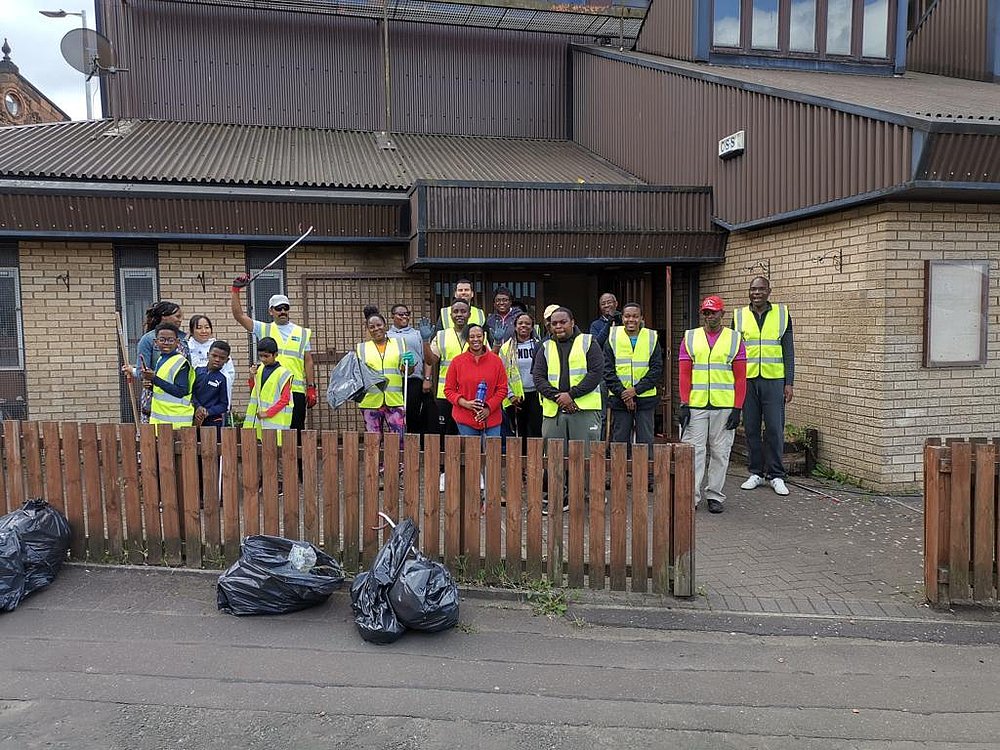 In Aberdeen, Luntha, a Pathfinder who joined the local clean-up of the Goals recreational area in South Deeside, said, “I thought that litter picking would be really boring, but we had so much fun.” The Paisley group were particularly good at adding a fun factor to their litter pickup by assigning some of their group members to wear specially designed mascot costumes during the event which they borrowed from “Clean-up Scotland”. This attracted quite a lot of attention and several children from the community stopped what they were doing and joined the clean-up. 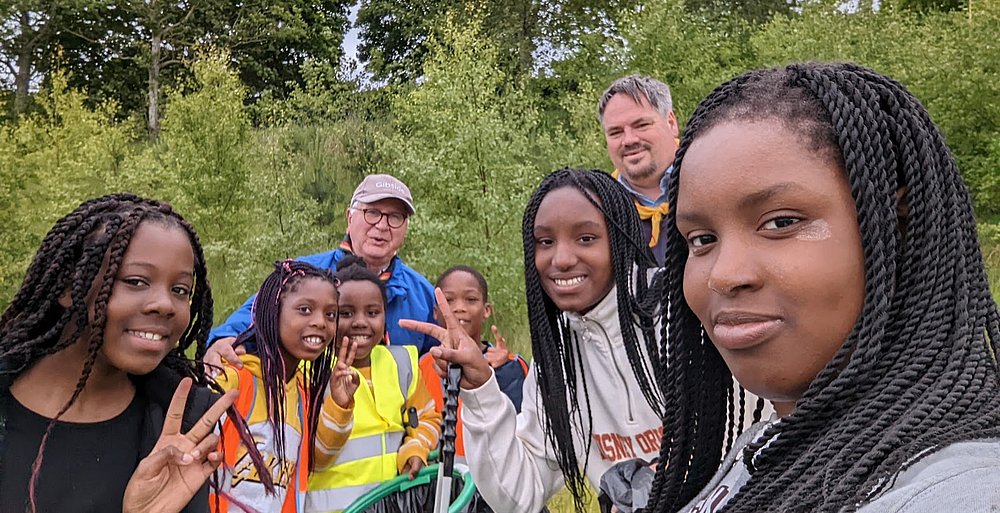 News of the ASAP litter picking initiative was reported further afield. Pastor Maureen Rock, Stewardship director for the Trans European Division was particularly impressed. She congratulated the Scottish Mission on this series of events. She was impressed with how the ASAP values matched the values of the Stewardship programme that her department has been working on which will launch in 2023. “The ‘Grateful Living for Children’ programme focusses on Treasury, Time, Talents, Treasure, Testimony, Temple, Things, Tribe (family), and Truth. We are thankful for the Scottish Mission for their contribution to the section relating to ‘Territory’. The Scottish Mission president, pastors, members, and children are to be applauded as they enthusiastically worked together to take care of their territory. The responses received by the community also proved to be a powerful opportunity to witness to their neighbours. 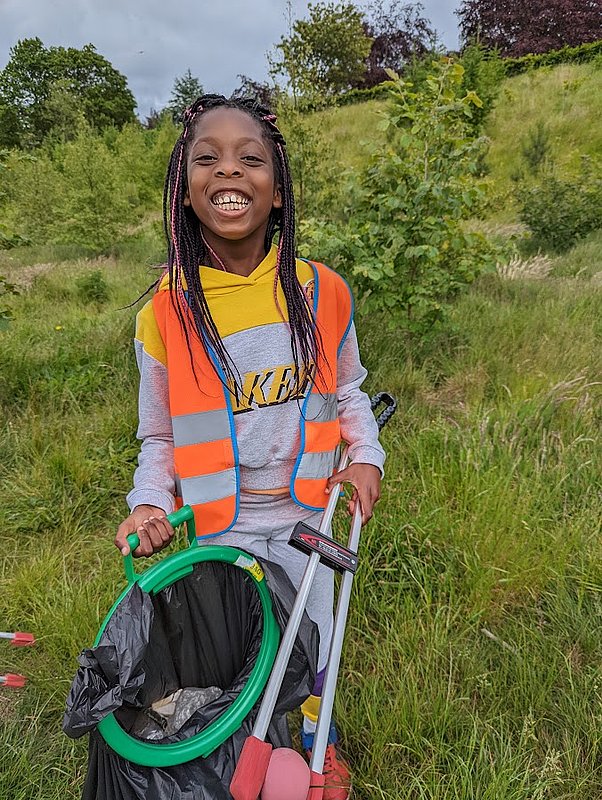 The litter picking event was not a once-off event. Churches will run these events again. The Crieff church has an event scheduled for the weekend of 26 June. 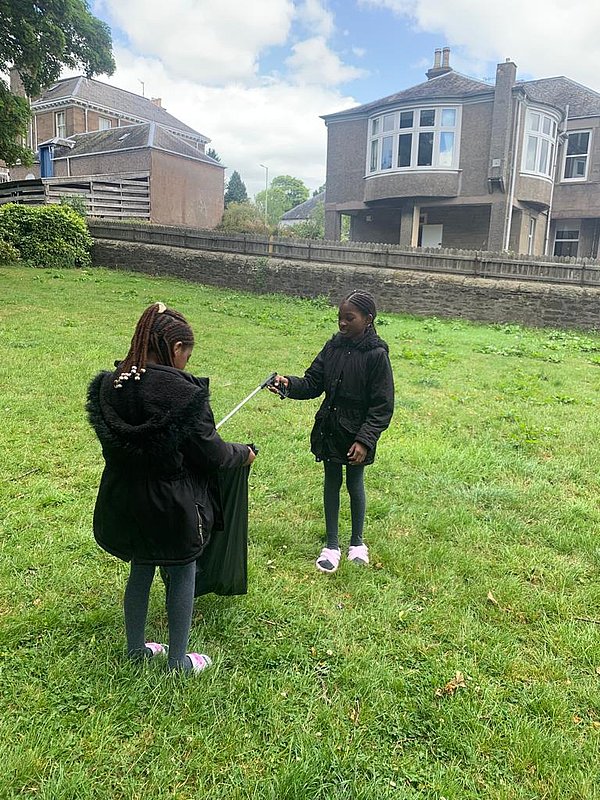 View a larger gallery of photos of the various litter picking events on our gallery page.

ADRA-UK Joins NGO's to Lobby Government on Horn of Africa